Pharmakeia is a form of the Greek root word from which we get our English words: Pharmacy, Pharmacist, and Pharmaceutical. In the Bible, pharmakeia carried with it the idea of sorcery, occultism, and black magic. It is in this sense that Paul used the term in Galatians 5.20 as the word 'witchcraft'. In Rev. 9:21 & 18:23 it is translated 'sorceries'.

Today approximately 60% of the population is taking at least one pharmaceutical drug every day? Some are taking up to fifteen and twenty

The modern drug industry originated with the IG Farben company in Nazi Germany. They led in funding Hitler's rise to power. Their drugs and extermination gas made the holocaust and prisoner medical experiments possible.

Almost everyone is now taking drugs for one reason or another. There is that vast array sold over-the-counter, plus the daily "coping" varieties of caffeine, nicotine and alcohol, and there's that which finds its way into processed food and drink, which you probably consume several times a day.

21) envying, drunkenness, carousing, and things like these, of which I forewarn you, just as I have forewarned you, that those who practice such things will not inherit the kingdom of God.  Galatians 5:19-21

and the light of a lamp will not shine in you (the great city Babylon) any longer; and the voice of the bridegroom and bride will not be heard in you any longer; for your merchants were the great men of the earth, because all the nations (ethnos) were deceived by your sorcery (pharmakeia).  Revelation 18:23

The Heritage Bible interprets the phrase "because all the nations were deceived by your pharmakeia" as "...because in your spell inducing drugs all the races were led astray." 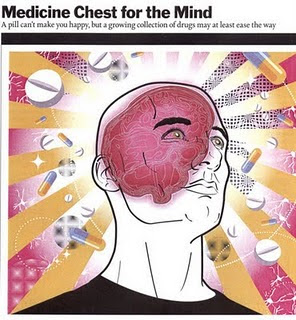 Pharmakeia is one among many schemes (Greek - "noema") or strategies of Satan. It absolutely does, in the language of 2 Corinthians, take advantage of us! This scheme or strategy prepares us for Satan's approaching crux move involving the Beast and the mark of the Beast. To trick people into receiving the mark of the Beast is the ultimate "taking advantage of," is it not? Pharmakeia is singularly credited in Revelation 18 as the means by which all the ethnos/races are deceived. Pharmakeia thus provides the cover for all his dark strategies, but the effectual work of this evil is also very direct!

Popular posts from this blog